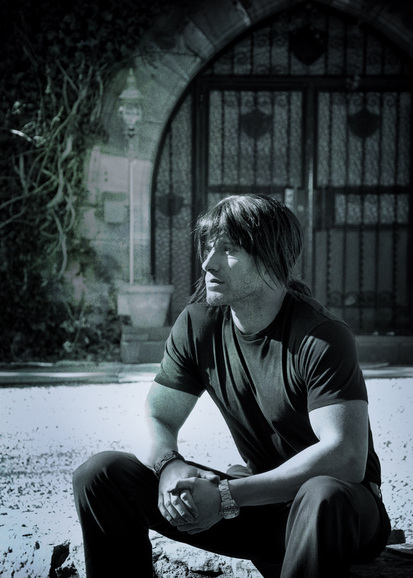 Serving as a colonel with the Royal Welch regiment of the British Army, Steffan fought in the Battle of Passchendaele. A devoted husband and expectant father, the sight of his family projected in his vivid dreams and imagination is what kept him sane during the war.

But the grey skies and black mud of Passchendaele would be the last images his human eyes would ever see.

Presently, Steffan Matthews serves as the leader of the lair that resides in Ambrose Heights.  With the help of his confidant and scientist Eilian, Steffan has developed Defender and Consumption, an injection and pill that allows vampires to temporarily walk in the sun and consume solids. Steffan's lair manufactures and distributes the synthetic melanin and temporary digestive system to vampire lairs around the world.

He has success. He has wealth. Yet the one thing his heart desires cannot be bought or created.

When a plan to introduce a new member to the family goes terribly wrong, Steffan is left to make the best of the situation. He works to protect the family and the mortal that has unexpectedly inherited a home in Ambrose Heights.

But the one thing he didn't prepare for was the connection he would have to the human.

And one that, unbeknownst to him, is off limits according to the vampire creed.

Excerpt from Veil of Seduction:

Her warmth and brilliance ascended above the dull, cold atmosphere that inundated the industrial setting. Her delicious scent saturated the air. His eyes fought for clarity as the fragmented images that burned in his mind since the discovery of their connection were being pieced together in front of him like a 3-D puzzle. The time was here. The redundant countdown of his internal clock, the ache of solitude, they all stopped in an instant. Destiny’s weave of chance, fate, resolve, and longing all converged in this moment. The overflow of emotion took him by surprise, and he had to steady himself against the door frame.

She sat facing him at the end of the long room. Her legs wrapped around the cello and were steadied by flesh-tone high heels. Her fingers caressed the strings as her deep, slow stokes of the bow infused sensuality in the simplistic movement. Her eyes were closed, allowing her music to flow through her body. Her long skirt was hiked up above her knees, allowing her unhampered access to the instrument. The skirt’s material pooled between her legs. The sun elongated its reach through the windows, and the rays highlighted every contour of her legs and exposed thigh.

How he longed for nothing more than to be the cello.

Random images of their passionate lovemaking that flooded his dream cycles played like a movie in his head.

He grew painfully hard in an instant. His pants strained from his engorged shaft.

“Please, control, Steffan. Not now,” he scoffed himself.

But, it was too late.

She opened her eyes. A look of shock washed over her.

Slowly, her expression transformed into one of reverence.

He stood there speechless and immobile, with a pronounced bulge in his pants.